free delivery from € 40 of purchases
The store will not work correctly in the case when cookies are disabled.
EN
my account The Originals
The Renault store has been in for a service! If you used the old store, please set up a new account (you can use your old username).
log in
Want to join the Renaulution? 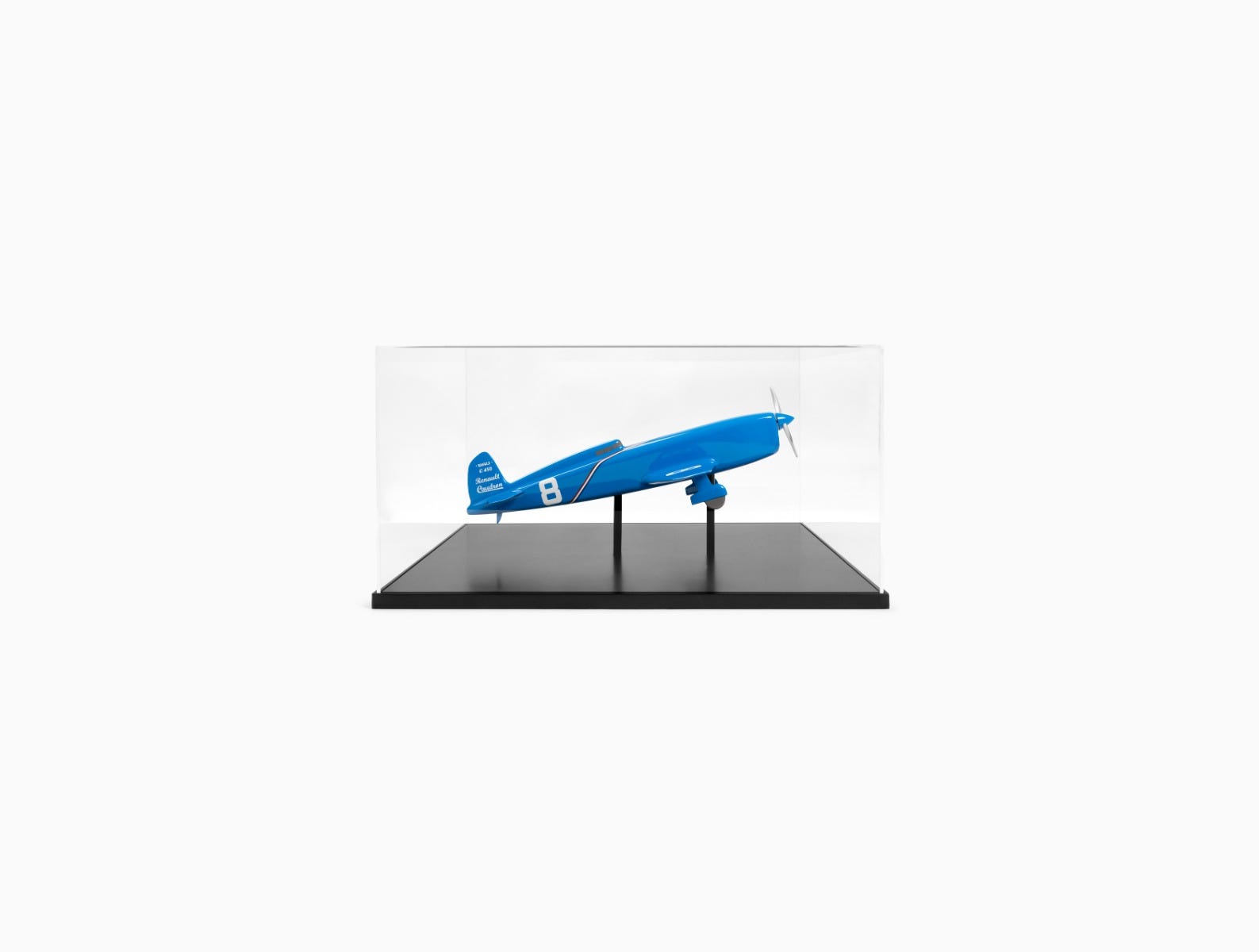 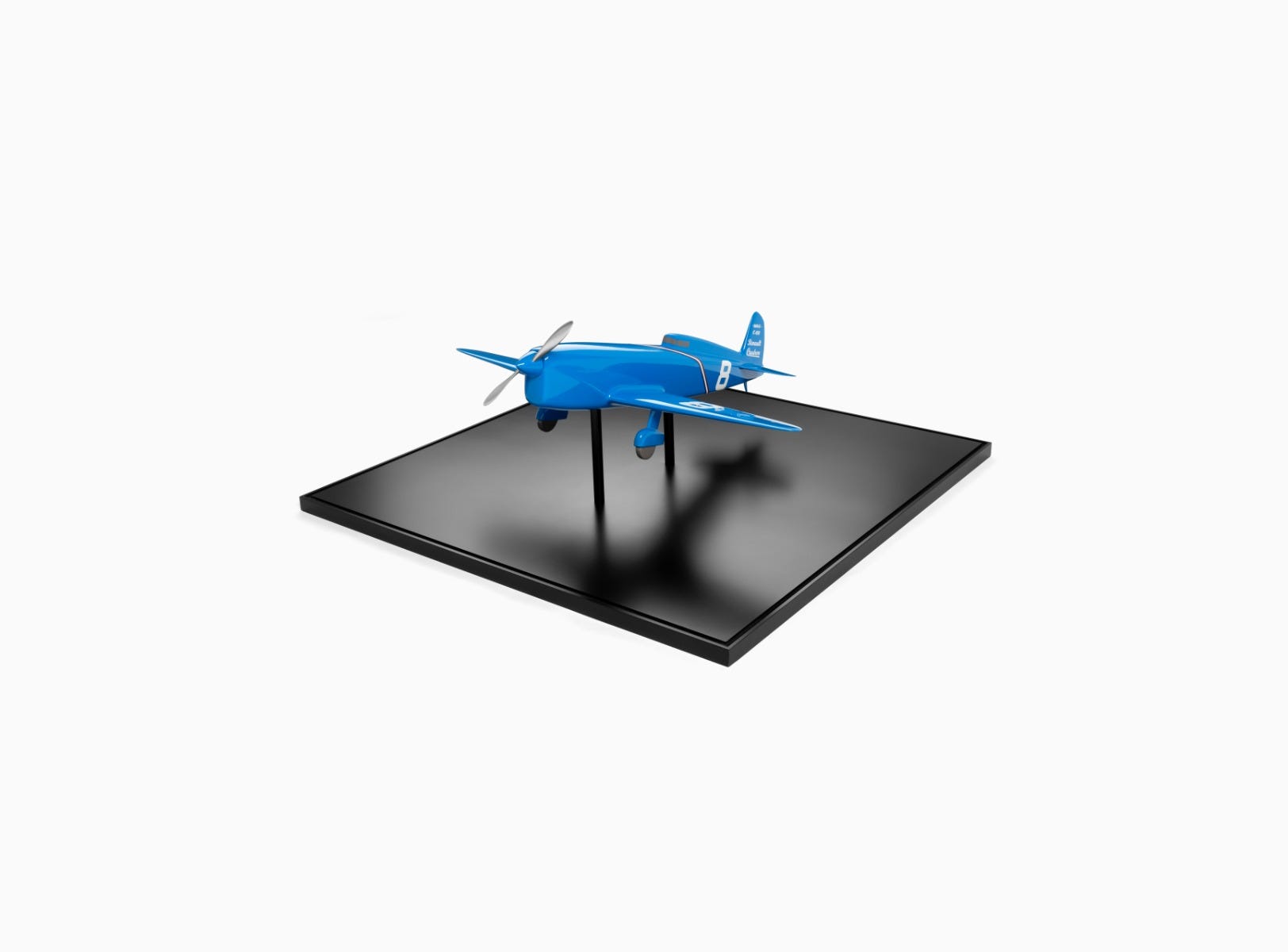 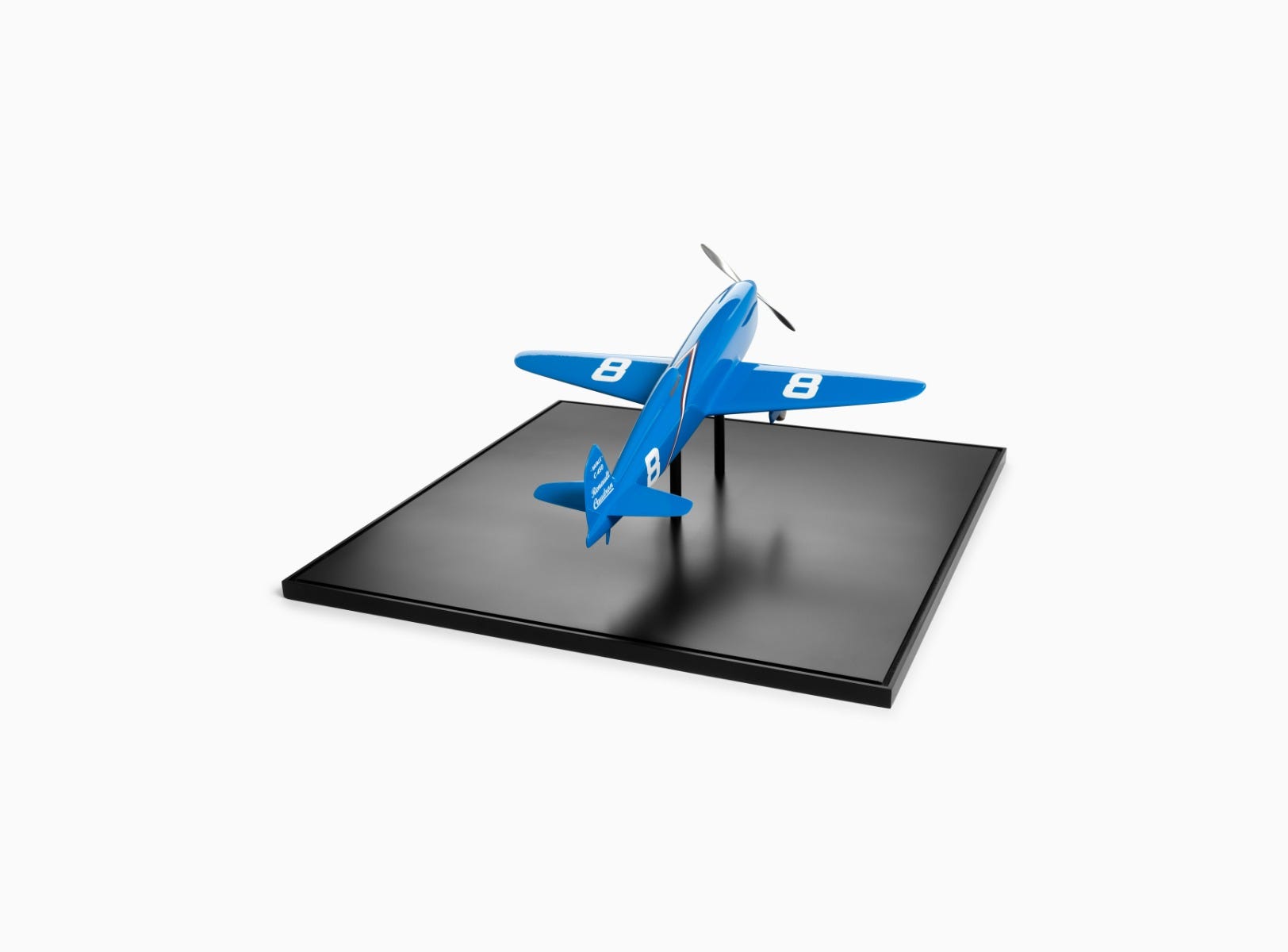 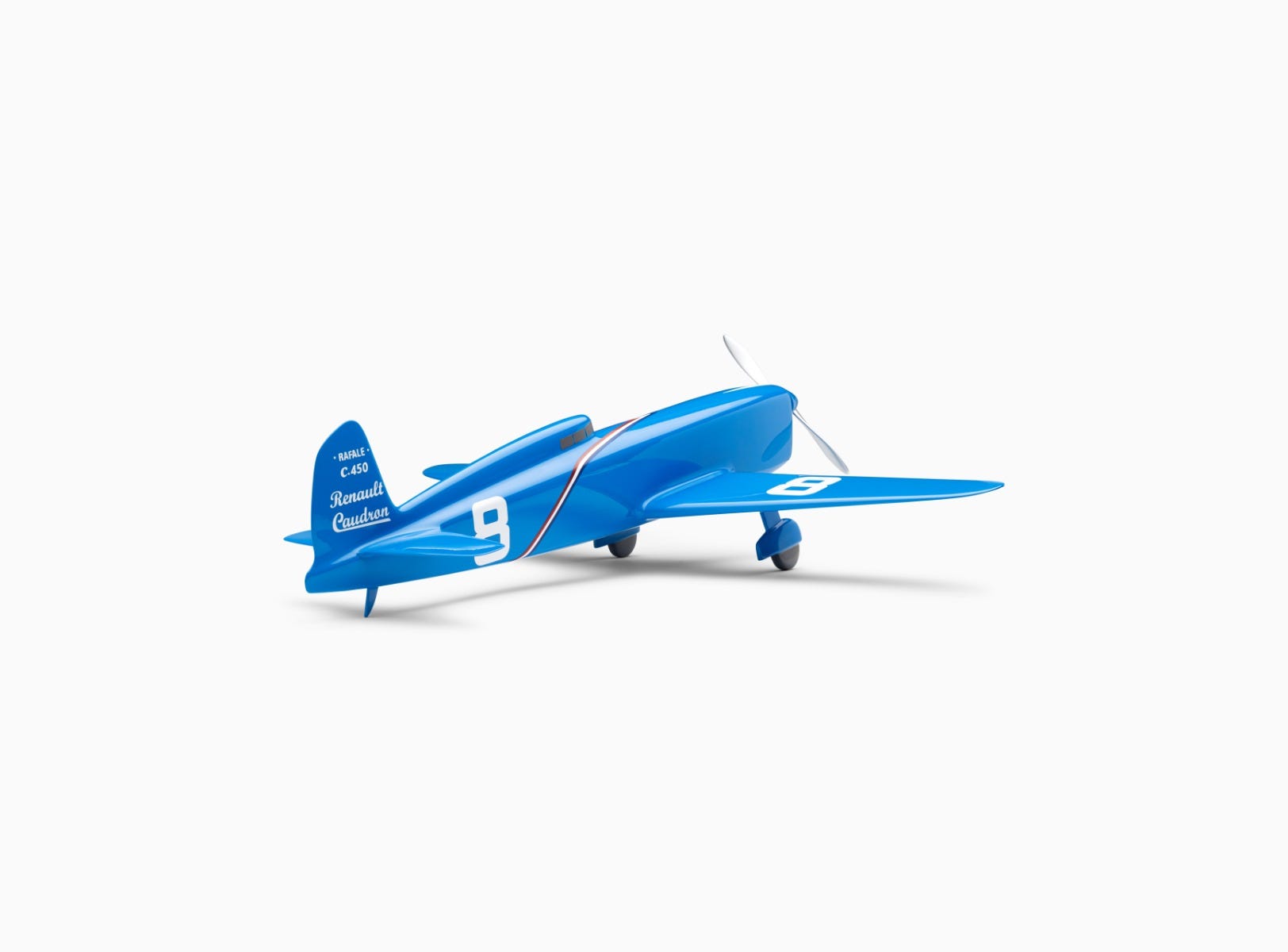 skip to the beginning of the images gallery
NEW
decoration

An excellent interpretation of the Caudron-Renault C.450 aircraft in which Hélène Boucher beat a number of speed records in the 1930s.
The Caudron C.450 was a single-seat racing monoplane built by Caudron-Renault in Issy-les-Moulineaux.
It was a racing aircraft designed to beat all records to promote the new Renault subsidiary.
Indeed, Louis Renault joined forces with the Caudron brothers in 1933 and manufactured aircraft engines in its automobile plants.
The aircraft was equipped with a Ratier automatic variable pitch propeller, which was powered by a Renault Bengali 140 hp, 6.5 l cubic capacity, 4-cylinder in-line engine.
During that same period, Renault also concluded a contract with Hélène Boucher to promote their prestigious sports car, the Viva Grand Sport (4.1 litre cubic capacity, 6-cylinder in-line).
Marcel Riffard, Head of Engineering of Caudron-Renault and designer of the Caudron Rafale, designed the Renault Viva Grand Sport (known as "Vivastella Grand Sport" before 1935).
Caudron-Renault aircraft were unbeatable from the 1930s. These models marked the beginning of a line of sporty, record-breaking fighter aircraft.